Dateline Bhopal: A Newsman`s Diary of the Gas Disaster

Faith Possesses Understanding: A Suggestion for a New Direction in Rational Theology

New Panchayati Raj in Tamil Nadu (with the Act in Original) 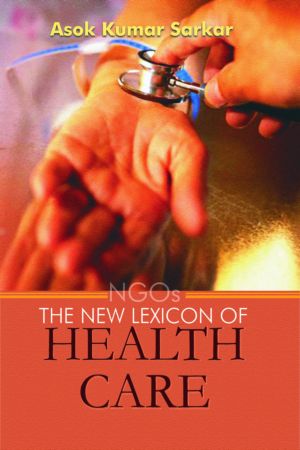 AGRICULTURE CONTINUES to be the key industry. It is not only the dominant form of employment but also forms the basis for a way of life for, perhaps, two-thirds of the world's hoouseholds. Agriculture being the function of; hysical, socio-institutional and techno-economic factora which are dynamic in nature, keeps on changing with the basic ohjective of increasing production and generation of foodtrains surplus. The traditional system of farming is in the process of transformation to modern agriculture which itself is undergoing a set of equally and generally even in more fapid changes. So it has added new dimensions in agriculture which need to be studied nand analysed. This collection of essays in the eight volumes of New Dimensions in Agricultural Geography is designed to encapsule the major themes and recent trends and concepts on the field in the light of conceptual revolution in the discipline. More than 150 renowned scholars of various discipline from all over the world have contributed original papers on different themes which make this work multi-disciplinary. These volumes have been designed to help not only research scholars in particular area but also others who wish to keep abreast of the latest development in the field of agricultural geography. The First Volume- Historical Dimensions of Agriculture containing 19 articles deals with the origin, diffusion and development of agriculture, research trends in agricultural geography, world agricultural systems and methoods and techniques in agricultural geography. The Second Volume- The Ecology of Africultural System deals with the selected paameters of physical envirnment specially the climatic elements which affect the agricultural landscape in spite of technological advancement in agriculture. The Third Volume- Socio-economic Dimension of Agriculture, conatining 19 articles deals with socio-economic environment which have bearings on agricultural systems. The first eight articles deal with social parameters specially labour, caste, women etc., while the last 11 artcles examine the impact of techno-economic factors speially the various facets of irrigation which is a baisc agricultural input.The Forth Volume Landuse and Agriculutal Planning contains 19 articles dealing with concepts, theories, models of landuse, land capability and suitablility, wastelands and dynamics of landuse. The Fifth Volume- Spatial Dimensions of Agriculture includes articles on agricultural systems of specific areas such as Himalayas, Bastar, Uttarakhand etc. It also deals with dynamics of crop landuse, croppin pattern and its diversification, crop ecology and cropcombination analysis. The Sixth Volume- Human Perception and Technological Change in Agriculture contains only 15 articles and covers four basic themes. The first set of three articles ceals with human perception and his consequential response, while the second set includes articles on correlates of technological change and adoption of agricultural innovations. The third set of articles deals with the assessment of socio-economic transformation in rural India. The last set deals with agriculture and human settlement. The Seventh Volume- Dynamics of Agricultural Development includes articles on concetp of development and its various facets. Besides assessing the trends of levels of agricultural development, it also examines and evaluates its impact on environment and ecological parameters. The Eighth Volume- Anthropogenic Dimensins of Agriculture containing 17 articles deals with regional imbalances in agricultural productitivy methods of its measurement, productivity methods of its measurement, and also its correlates and determinant. It also focuses on food availability and food security at regional and continental level.

Noor Mohammad, (b. 1942), after obtaining his M.A. degree in Geography from the University of Gorakhpur with a first class first, joined Aligarh Muslim University in 1965 as a Junior Research Fellow. He was awarded the degree of Ph.D. in 1969 and joined Kirori Mal College in the same year. Since 1976. Prof. Mohammad is associated with the Delhi School of Economics as Lecturer, Reader, Professor, Head of the Department and Co-ordinator UGC-SAP and is teaching geography to post-graduate and supervising research studies in the Department of Geography. Eight scholars have been admitted to Ph.D. degrees and about 40 scholars have been awarded M.Phil. degrees under his supervision. Prof. Mohammad is actively engaged in research in the field of agricultural geography, landuse and planning and population geography and has published more than 5 dozen research papers in many scholarly referred journals. His books Agricultural Landuse in India and Caste and Primary Occupations : A Geographical Analysis have been very well received and have won wide acclaim in Indian and foreign universities. Prof. Mohammad has edited Perspectives in Agricultural Geography (in Five Volumes) and New Dimensions in Agricultural Geography (in Eight Volumes) under Concept International series in Geography which has been well taken the world over.