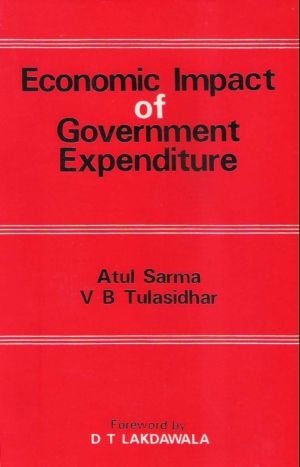 Nation in Crisis: Achievements, Failures and Non-Function of the Government

Government Media: Autonomy and After

Reluctant Partners Coming Together? Interface Between People, Government and the NGOs

Planning at Grassroots Government`s Participation in People`s Plan: An Experiment

Voluntary Action and Development: Towards A Praxis For Non-Government Agencies

The main focus of the bibliographical references culled from various sources in the present CICIL publication is on Government and politics in India bearing particular reference to role, achievements and failures of Rajiv Ganghi during his five years as Prime Minister and the period when he was out of the office, tracing the contemporary scenario from his childhood. The bibliography provides detailed information on most aspects of contemporary Government and politics as also that of Rajiv Gandhi life and times. Since his strength and weaknesses are linked with the Congress (I) Party and Government, Congress (I) activities and inroads have received a wide coverage every attempt has been made to include the material which represents the views of both his admirers and adversaries. Since efforts have been made to make it as comprehensive as possible, it is hoped that its volume will prove an excellent guide for the researchers and the serious students of Indian history.

Rajeev Kumar Sharma (b. 1966) Librarian in Directorate of Education, Delhi, has a Bechelor degree in Library and Information Science from Delhi University. He also earned Honours in Botany and Masters in Chemistry from Meerut University. He has a long experience of bibliographic documentation. His earlier publication jointly with S.P. AGRAWAL is Weaker Section in Indian Society: Index to Writings in Indian Scholarly Journals (1886-1990). He is presently associated with a publication on Indian Writings on Science and Technology.