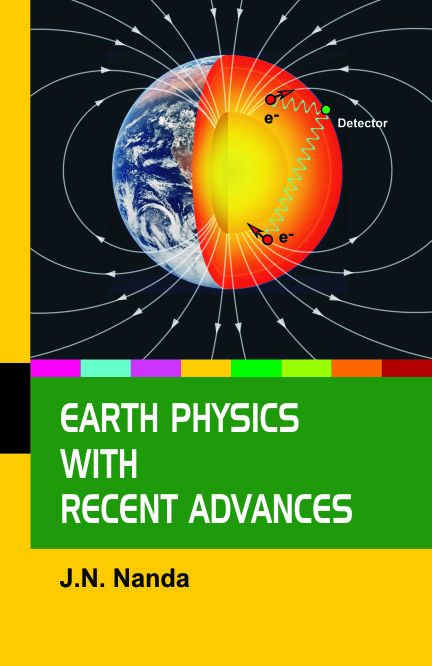 This publication is essentially based on the proceedings of the National Symposium on Meteorology and National Development Organised at New Delhi by the Indian Meteorological Society form 17-19 March 1993. It is divided into ten sections and has 54 articles. The first-five sections deal with the recent advances in Data Assimilation and Analysis, Numerical Modelling and Simulation, Diagnostic Studies, Monsoon Meteorology and General Meteorology. The sixth section deals with Climate and Environment. The last four sections are devoted to specific applications of meteorology in the various disciplines, namely Agriculture Aviation, Water Resources and Disaster Mitigation. As such the articles cover the recent development in the science of meteorology in India and some aspects of meteorology in four major application sectors.

Rattan K. Datta was Joint Adviser, Department of Science & Technology, Government of India and Project Coordinator of National Centre for Medium Range Weather Forecasting, a centre involved in development of global weather prediction models for weather 3-10 days in advance and also to develop weather based agro-advisory services. Dr. Datta wa selected for UN fellowship to study in USA and Japan. In 1973, he was invited to USSR under the programme of exchange of experts. During 1976-78, he was invited to work as United Nations expert on data processing and meteorological adviser in East Africa. During Monsoon Experiment (MONEX-79) as a part of First Global GARP Experiment (FGGE) conducted under the aegis of World Meteorological Organization (WMO), he was chief scientist form India to coordinate the scientific experiments and subsequently was Director, International Monsoon Management Centre for the development of sophisticated data base in standard file structures agreed by the International Data expert group. When Government of India decided to start a new project on National Centre of Medium Range Weather Forecasting? including acquisition of first supercomputer facility in the country, he was invited to initiate and lead the project over 100 research papers besides a large number of invited articles on computers, atmospheric sciences, climate and environmental studies in various national and international journals. He was awarded Government of India Gold Medal in 1975 for his research during the period 1972-73. He was invited by the University of Miami to give a course on Monsoon to the international participants every alternate year. In view of his expertise he was among 22 world scientists invited by Pontificiae Vatican Academy to participate and give a lecture during Study Week on "Persistent Meteo-Oceanographic anomalies and Teleconnections" during September 1986. His lecture has been published as a monogram. He is a member of various national/international advisory committees on Information Technology, agro-climatology, environment, IGBP, meteorology, numerical weather prediction and weather based Agro-advisory services. He is also on the advisory board of various universities in India. He is fellow of IETE, Fellow Telematic Forum, Fellow Computer Society of India (CSI) and patron Member of Indian Meteorological Society. Widely traveled in USA, Europe, East Africa and Asia. Dr. Datta was nominated as the International Man for the year 1992-93 by the International Biographical Centre, Cambridge, UK.