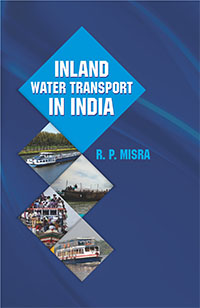 The twenty-eight papers in this set of three volumes provide deep insights into the understanding of the dynamics of Karnataka Government and politics. Giving a brief account of the geography of Karnataka, they examine the process by which the modern state of Karnataka emerged. Further tracing the origin and growth of the office of the Speaker in the state, the contributors take stock of the position of the office of the Chief Minister and analyse the functional dimensions of judiciary, the role of the leader of opposition, functions of the Public Service Commission and the structure as well as working of the Secretariat. They also extend discussion on the representation of women in local government, socio-economic bases of state politics, the working of party system, the dimensions of planning, impact of language on politics, implications of communal issues, the politics of separate statehood, land reforms, working of Panchayati Raj institutions, and the role of the press in the politics of Karnataka.

Sib Ranjan Misra, a Ph. D. in Economics (Jadavpur University) and D.E.P. (Istituto di Studi per lo Sviluppo Economico, University of Naples), was on the teaching staff of the University of North Bengal (1971-78). He is currently engaged as a Professor of Economics in the Department of Economics in the Department of Economics in the Department of Economics and Politics, Visva-Bharati University, Santiniketan. His present assignment includes research and teaching in various branches of Economics. He has completed quite a number of projects on problems of tea plantation, fisheries development, irrigation management etc. Sponsored by ICSSR, UGC, ICAR etc. He has also served for quite some time as an Advisor on the Fisheries Development Advisory Board, Ministry of Agriculture and Co-operation, Government of India. The author's publications have appeared in various professional journals and also include books entitled Tea Industry in India (1986), Fisheries in India (1989), Floriculture in West Bengal- Problems and Potentials (co-authored, 1997).