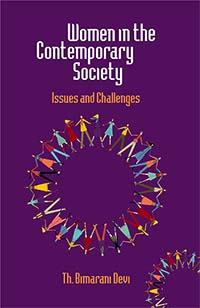 This book presents a critical evaluation of national and non-national contributions towards contemporary social science research, with particular reference to developing countries. Analysing the different dimensions of social science fieldwork, it discusses at length the global and national environments for social science research and available methodologies. It further highlights the problems of foreign and national researchers, especially the problem of language. Also, it distinguishes the similarities and differences of issues between nationals and non-nationals.

Ralph Tanner has a B.Sc. and Diploma in Social Anthropology from Oxford University and a D.Phil in Law from Stockholm University. He has done fieldwork in Thailand, the Philippines, Guyana, Zambia, Zimbabwe, Tanzania, Uganda and Kenya as well as in Britain and Eire. He was Chairman of the East African Institute of Social Research and a Lecturer in Comparative Religion in the University of London. He has published books on Murder in Uganda, Witchcraft Killings and Religious Change in Tanzania, the Roman Catholic Mass, contemporary religious change and co-authored two books on the biology of religion, two on the recreation of tribal identity and religious change and another on religion and the environment. He has written numerous articles on the social aspects of religious change, translation and language use, as well as on behavioural theories in the Journal of Modern African Studies, Africa, Journal of Social Sciences, Nordic Journal of African Studies, Anthropos and Studia Missionalia and others. He is currently working on the issues involved in social science fieldwork in developing societies by nationals and non-nationals and the connections between spirituality, well-being and health.