Forest Policy and Tribal Development: A Study of Maharashtra 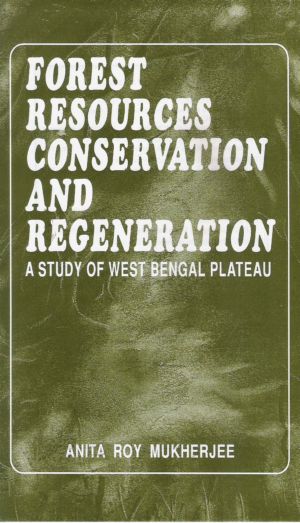 Synonyms and Acronyms in Agriculture and Forestry

Forestry for the Next Decade: Managing Thrust Areas (In 2 Volumes)

Wildlife Memoirs (The): A Forester Recollects

Forest in the Life of the Khasis

Dictionary of Forestry and Wildlife Sciences

People have developed a number of ways to live in forest environments. We know very little about how these systems evolve, how they function of how they might be adapted to make them more productive and ecologically sound. The ways of life (cultures) of indigenous people have evolved locally and are based on sustainable use of local eco-systems. Such life-styles are often at subsistence levels of production and are seldom a part of the mainstream culture of the country, though they do contribute to its cultural wealth. The social and behavioural patterns of tribal population have been integrated with natural environment variables in a way which usually, though not always, result in ecologically sound long-term use of an area. All these issues have been examined in this book thoroughly by a team of scholars from different disciplines. Topics discussed in this book include the relationships between the tribals way of life and forest environment.

Rohit Shukla (b. 1939) is working as Professor of Economics, Sardar Patel Institute of Economic and Social Research, Ahmedabad. His research interests include droughts and famines and rural poverty, social forestry and wasteland development and tribal development in the general them of agricultural economics. He has published a large number of articles in national and international journals as well as books in English and Gujarati.

A.B. Vora (b. 1933) is Professor and Head of Botany Department, Gujarat University. His main field of specialization is ecology environmental biology, including air and water, soil pollution eco-physiology, salt, stress, palaeo-ecology and palaeo-climatic. He has to his credit over 125 publications in national and international academic journals.

R.B. Lal (b. 1935) is working as a Senior Faculty in Tribal Research and Training Institute of Gujarat Vidyapeeth, Ahmedabad. He has a wide and rich experience of conducting research among tribal societies of Bihar as well as of Gujarat. He has written several books and reports on tribals and published more than 30 papers on different aspects of tribal life and culture as well as their developmental problems.

K.M. Kulkarni (b. 1949) is Reader in Geography, Gujarat University, Ahmedabad. His main interests are urban and regional studies. He has Published more than 30 research papers in national and international journals and is the author of Urban Structure and Interaction (Concept, 1981), Geography of Crowding and Human Response (Concept, 1984) and Geographical Patterns of Social Well-being in Gujarat (Concept, 1989).