Participatory and Sustainable Development among the Didayi

Learning To Share: Experiences and Reflections on PRA and other Participatory Approaches (Volume-2)

Learning to Share: Experiences and Reflections on Participatory Approaches (Volume 3) 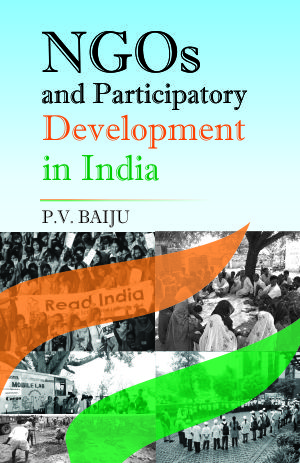 NGOs and Participatory Development in India

The book is based on the study through field work conducted among the Didayi, a particularly Vulnerable Tribal Group (P.T.G.) and sponsored by the Planning Commission, Government of India. In a nutshell, the study is holistic, empirical and synchronic. A micro project, namely the Didayi Development Agency (D.D.A.) is functioning since 1986-87 for the overall development of the Didayi and its headquarters is situated at Kudumulugumma in Malkangiri district, Odisha. Their economy is subsistence oriented. Their social organization is simple and kinship plays a vital role in integrating their society. Their traditional socio-political organization was functioning prior to the introduction of Panchayati Raj System. They are polytheists and propitiate a number of deities for their blessings. Development is the core concept of the book. We hope that the present publication will be of immense use of the policy makers, planners, development practioners, voluntary organizations, research scholars, academicians and also the general readers in a number of ways.

Pyarimohan Mohapatra (b. 1940) was in the Indian Administrative Service from 1963 to 1998. During his administrative career, Mohapatra served in the tribal areas for over a decade and held several key positions, like Development Commissioner, Principal Secretary to the Chief Minister, Director General, Gopabandhu Academy of Administration, Secretary of Revenue and Education Departments, etc. He was the Chief Administrator of Dandakaranya Development Authority, Government of India. He is the Chairman of Board of Governors of COATS, Koraput, Odisha. He is currently an Honble Member of Parliament (Rajya Sabha).

Krishna Kumar Mohanti (b. 1940), was a Professor of Anthropology since 1984. He was the Director of the S.C. and S.T. Research and Training Institute, Nabakrushna Choudhury Centre for Development Studies and Academy of Tribal Dialects and Culture. He has worked as a consultant in the State Resource Centre for Adult Education for two years after superannuation. He is a member of the Board of Governors of COATS, Koraput. His areas of special interest are Social/Cultural Anthropology, studies of S.T., S.C. and other Caste Communities, Development Anthropology and Anthropology of Education.

Profullo Chandro Mohapatro (b. 1943) taught economics in a number of colleges in Odisha for about 33 years. He has a large number of research papers published in different journals. Mohapatro has presented a paper on the problems of weaker Classes in India at a seminar on Public Policy and Income Distribution in the University of Sussex, U.K. His areas of specialization include regional socio-economic development, tribal development and agrarian development. Mohapatro is currently working as the Director, COATS, Koraput, Odisha.