Tank Irrigation of Dry Zones in India: A Sustainable Livelihood 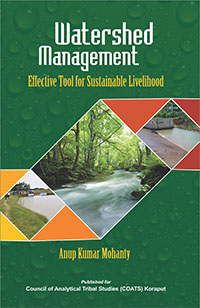 This book is an edited volume of twenty eight articles in interdisciplinary nature presented in the National Seminar organised by Department of Economics, Dera Natung Government College, Itanagar, Arunachal Pradesh, sponsored by the University Grants Commission, North Eastern Regional Office, Guwahati, Assam.
The North East Region (NER) is one of the most bio-diverse regions in the world. The forest cover ownership varies with average 65 per cent is government owned, the village communities, individuals and chiefs own the rest. The economy of the region has got its definite identity due to its peculiar physical, economic and socio-cultural characteristics. The persistence of poverty in North East States of India is in stark contrast to its relatively high achievement in the social sectors as compared to the national average. However, this could be explained by considering that the region remained marginalized from the development activities that characterized mainstream India. Poor connectivity with large markets and inhospitable geographical terrain add to the grievances of economic backwardness of this Himalayan region. The North East India is known for practices related to traditional medicines. These practices have a strong base in the socio-religious healing systems native to these states. The rich variety of plants and animals also help to sustain the system of traditional medicines. This book has been divided into four sections discussing mainly livelihood strategies in context of sustainable development, tourism, women empowerment, Entrepreneurship and potentialities of Trade.

Paritosh Chandra Dutta, M.Sc. and Ph.D. in Statistics, has authored five books, 60 research papers published in National and International journals and presented more than 25 research papers in National and International Conferences. He has so far completed UGC sponsored three Minor Research Projects. At present, he has been rendering his service as Head and Associate Professor in the Department of Statistics, Srikishan Sarda College, Hailakandi, Assam, India.